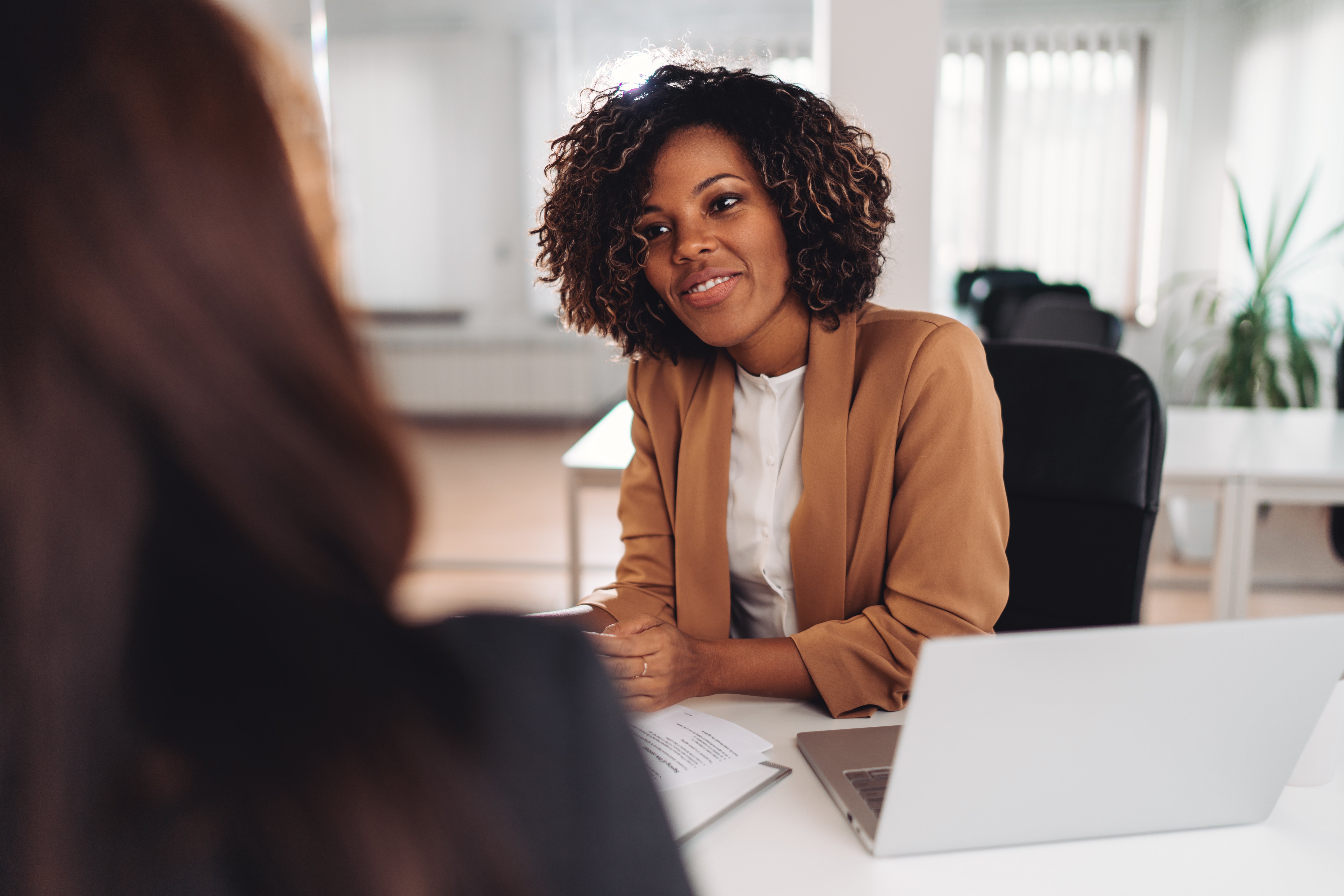 Strategic IT Budgeting | The Planning Gap Between Executives & IT

When it comes to planning your IT budget, it's easy to be reactive: if you don't feel comfortable making IT decisions, you might wait for problems to arise before allocating the funds to fix them. And many IT teams (or managed service providers) are in the same boat: they’re uncertain about their executives’ business plans for the coming year. But on both sides, the result is the same: if you don’t know what you want to accomplish, you can’t hope to support each other effectively!

A gap in understanding between Executive and IT teams can manifest in plenty of unexpected ways. In our recent virtual session, we discussed some of the symptoms of this gap and the ways you can remedy it. But before you can get started fixing the problem, you need to understand its scope. Read on to learn what this gap can look like…and what you can do to begin dismantling it.

“The clearer you are about the problem you’re trying to solve, the more evident the solution becomes,” says Nathan Austin, Mytech’s VP of Sales & Marketing. If all you’ve got is a vague feeling that something’s wrong with your IT strategy, you might not even know where to get started, or who to ask questions. Consider starting this process with three of the most common Executive/IT problems: Alignment, Liability, and Financial Surprises.

Executives & IT leaders often encounter alignment issues. This can be for many different reasons (discussed below in Common Obstacles), but they all have the same result: a lack of perspective on what the other side needs from you.

If you’re an IT leader, and the CFO asks you for next year’s budget, you might pick the things that you think are most important – without asking the CFO what they’ll need IT to accomplish for the team next year. If your team is focused on updating workstations, but the Executive team has assumed the backup solution will remain top-of-the-line, there’s no chance everyone will be satisfied with the budget…or its execution.

When IT alignment is a problem, it opens your organization up to a whole realm of risks & liability. Consider the scenario posed above: IT focuses on hardware while executives expect cutting-edge backups. If IT overcommits to new workstations that the Executive team didn’t expect, that could mean a loss of projected value or less capital to work with.

On the other side, if the Executive team assumed backups were robust when that hasn’t been the focus for several years, the organization could be set up for a very costly disaster. Even if all your data is protected, do you have a clear picture of how long recovery could take – and how many lost work-hours it will mean? Getting back to full functionality will always take extra time and extra money, so knowing your risks in advance is absolutely essential.

Hand-in-hand with liability, financial surprises are a big problem for any business. They're the entire reason we make budgets in the first place! But IT carries special potential for surprises, because it’s the kind of function that doesn’t always map perfectly to other business activities. As discussed below, it can be difficult to understand the logic behind IT budgets.

“Well, those are all easy fixes,” you might say. “I’ll just pay attention to our alignment, remember our risks, and prepare for any surprises.” Unfortunately, that’s easier said than done. These problems can lurk in a lot of different areas of your organization, so you’ll want to carefully evaluate these common obstacles to achieving alignment.

It’s like we’re speaking different languages – have you ever heard that said in a business setting? The words used by IT and executives are far, far removed from each other. Broadly speaking (ha ha), executive members often use business- and strategic-focused language that doesn’t translate to an IT-team’s nitty-gritty, tactical mindset. And conversely, many executives feel they just don’t have the vocabulary to understand the “technical stuff.”

These languages are vital to each team’s work, so there’s no way to eliminate this difference. But you can still find ways to bridge that vocabulary gap, especially if you can designate a translator who lives a little bit in both worlds. Like everything else, overcoming this hurdle relies on being intentional and encouraging questions from both sides, to help everyone feel more informed.

Nobody wants to look ignorant. It can be a particularly big fear for executives, who understandably want to appear informed and savvy as decision makers. Unfortunately, IT can be harder to intuitively understand than other areas of a business, so your executives may be avoiding basic questions or clarifications for fear of looking foolish. The same can be true of the IT team, who have an entirely different skillset and may not fully relate to certain business & executive concepts.

Eliminating the stigma around learning is a crucial step to breaking down this barrier, but it takes more than a simple encouragement to always ask questions. That’s why values like Practice both confidence and humility & Never stop learning are built into the foundation of Mytech. And it’s why you need to keep this potential fear in mind as you establish your strategic process between IT and Executive teams.

Either through fear of looking ignorant, or feeling too busy to focus on it, executives often take an excessively hands-off approach to IT. They'll leave the tech decisions to the tech people (after all, they’re “more qualified” to make those calls) and will only get involved when they’re asked to…or when something goes horribly, horribly wrong! But this is a shortsighted approach to IT strategy.

Even though your tech team has more tech expertise than you, an organization’s risk belongs to its executives. When IT is left to make decisions that impact the entire team, they probably don’t understand everyone's needs and risks well enough to make an informed decision. It’s important for executives to stay invested in your IT process, especially at the high strategic level, to make sure every need and risk is represented.

The “do your own thing” mentality can show up on the other side of the table, as well. Some IT teams are accustomed to being left alone, and might resist any executive involvement that they see as "meddling." IT leaders can even start to build their own IT fiefdoms where decisions remain internal and, again, executives only get involved when a problem can no longer be contained.

Without exception, these independent IT departments meet with disaster. Every client we’ve ever helped whose IT team or provider “did their own thing” always had an insurmountable problem – a failed backup, outdated security, or inadequate equipment – that got out of control due to this lack of communication. Any time your point of failure relies on a single person or team, rather than shared responsibility across your organization, you’re flirting with disaster.

Finally, one of the biggest roadblocks to properly planning your future IT strategy is the time it takes. Executives and IT leaders are busy people, and the challenges they face often feel acute and all-encompassing. It’s tempting to kick the can further down the road when it’s time to plan and budget for next year, so often one party will just make some assumptions to get the ball rolling. But without an actual conversation, it’s impossible to meet everyone’s needs.

It’s simple to say, but hard to do. Carving out time in multiple schedules is important, though, and intentionality now will save you plenty of headache later. Once you can align expectations, risks, and budget up front, you’ll eliminate many of the surprises and shortfalls common to a typical Executive/IT relationship.

Taking Stock and Taking Next Steps

These are just some of the most common issues your organization can face in its Executive & IT interactions, but they all stem from the same source. If any of these problems are starting to sound familiar to you, or if your IT always feels like one surprise after another, it might be time to take a closer look at your approach.

Mytech is built on collaboration and intentionality, and we know a thing or two about bridging departmental divides. As you consider your options and learn more about the HOW of Strategic IT Budgeting, we’re ready and willing to talk about your process, your challenges, and how we can help you Make IT Easy in whatever way is best for you.