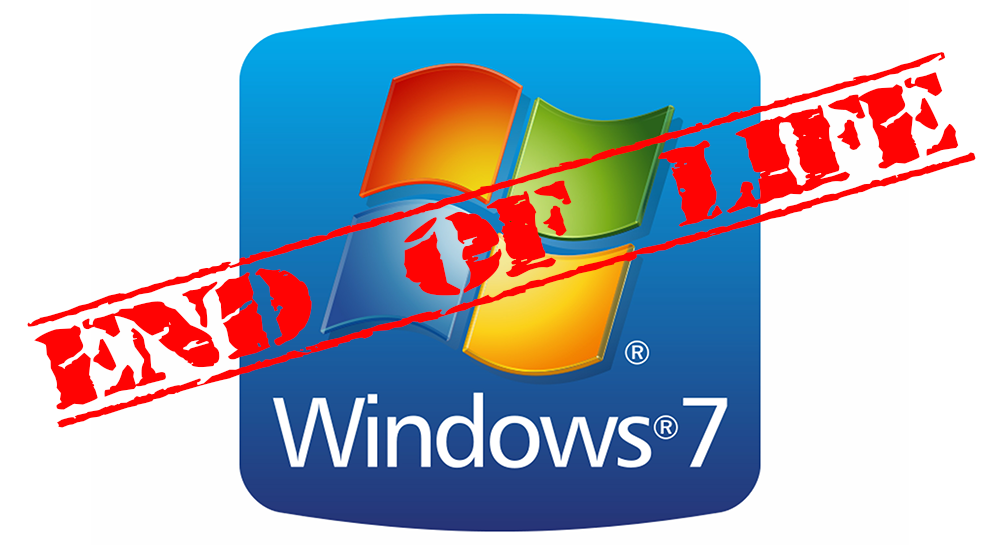 Is your Business Ready for Windows 7 End of Life?

All software has a product lifecycle in which old products/applications are eventually phased out to make room for new products, with enhanced functionality and security features. While Microsoft officially stopped enhancing Windows 7 in 2015, they have officially announced an end-of-life date for the operating system.

What does end-of-life for Windows 7 mean?

In order to direct efforts to newer, typically better, products on the market, manufacturers and developers pre-determine when they will no longer support a previous version of a product or software. This cut-off date is typically called an end-of-life or end-of-support date.  After the end-of-support date, there will be no further security updates and patches for the product, inevitably leaving the device vulnerable to security risks.

When does Windows 7 officially go end-of-life?

Microsoft has announced that extended support for Windows 7 will end on January 14th, 2020.  According to NetMarketShare’s January 2019 data, 37.19% of Windows users are still using Windows 7 compared to the 40.41% that have successfully upgraded to the latest operating system, Windows 10.  While the numbers are moving in the right direction, the fact that more than 37% will need to upgrade or replace their devices with less than 11 months to go, is startling.  With such a high percentage of PC’s still on Windows 7, and only a portion of them eligible for an upgrade versus needing to be replaced, having a Windows 7 to Windows 10 migration plan is critical.

Windows 7 can still be installed and activated after the end-of-life date. However when (not if) hackers and malware developers find a vulnerability in the operating system, there will be no patch or update from Windows to protect you or you or your organization.  While security is the biggest risk of keeping your machines on Windows 7 after the end-of-support date, compatibility with line of business applications and/or tools your managed service provider uses to manage your machines, will also be at risk.  While they may not break the day Microsoft ends its support, the next time you update any software/program on your machine, it may stop working due to incompatibility with an operating system that can no longer be updated.  In addition, any PC’s on Windows 7 will no longer receive advantageous feature upgrades. Read more on Why You Need To Upgrade From Windows 7?

Now that the date has been set, the next step is to evaluate which business devices you can/want to upgrade to Windows 10 and which devices you should replace with an updated Windows 10 PC.  With less than a year until Windows 7 is laid to rest, you’ll want to start planning ASAP.

Check out these other frequently asked questions about the Windows 7 to Windows 10 Upgrade.